All three games were very close. In the first game against Copsewood Gaels BKRFC dominated the first half scoring some lovely tries, but allowed the opposition back in after the break. At the final whistle the teams were tied.

The Ballina Killaloe boys were then up against Thomond. The 2 sides were evenly matched throughout but BKRFC managed to sneak a win.

The third game was the toughest against UL Bohs who were a very well-drilled side, but the boys defended valiantly, made some huge tackles and some strong runs. Ballina Killaloe were 3 tries to 2 ahead until the closing seconds when UL Bohs turned over the ball at a ruck and broke away for a try to bring the scores level.

The boys played some great rugby despite very wet and muddy conditions, and were also missing a number of players who were playing at half time at the hurling final in Mallow. 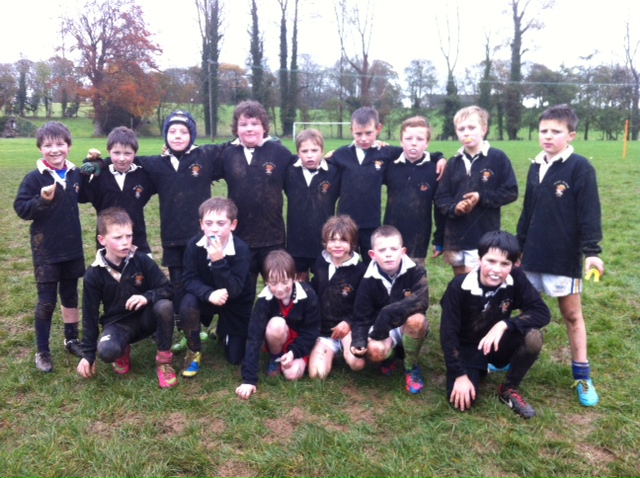